Should business play a role in supporting public institutions, and perhaps addressing the world's social challenges? 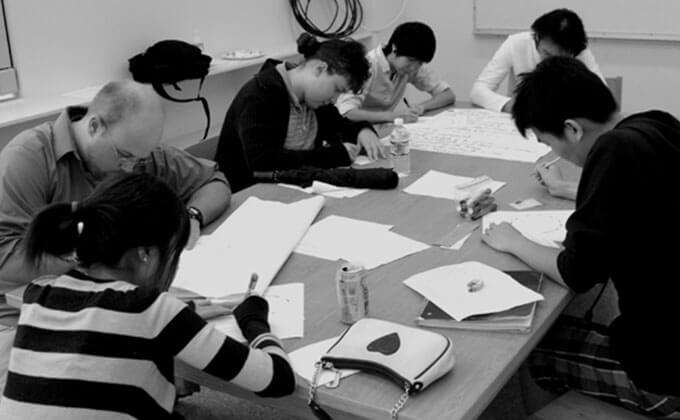 Should business play a role in supporting public institutions, and perhaps addressing the world’s social challenges?

When Harvard Professor Rebecca Henderson asked her colleagues and business executives that question over the last few years, the reaction was often rather skeptical. Many believe this is not what business does or should do, Henderson said.

If managers can support public institutions and provide public goods and make money, why aren’t they?

“They say the answer is regulation or the answer is taxation,” said Henderson. “The idea that firms can set themselves up for public good is viewed with suspicion—in my view for very good reasons.”

Yet more than three dozen faculty and doctoral students from a variety of institutions gathered January 30 to give the idea serious consideration during the first of 13 HBS workshops on the subject. The Business and the Public Sector seminar series, which runs through May, is designed to induce lively conversation, build a community of scholars, and create a research agenda exploring the possible role of the private sector in shaping the institutions of capitalism.

Henderson, who co-hosted the event, began her presentation by suggesting that talking about business and the public sphere was like “dancing about architecture.” Business often has no incentive to grapple with public sector problems, and those businesses that choose to embrace a ‘stakeholder’ orientation may be perceived as misusing shareholder funds or as trying to subvert democratic institutions, she said.

She suggested, however that there are three reasons to at least explore the topic including:

Growing global corruption, particularly when business gets close to the public sector and tries to skew the rules in its favor.

Environmental pressures, including the risk that we could destabilize the climate through the emission of green-house gases.

Poverty and inequality, with fewer people taking greater pieces of the earnings pie.

“Should business get involved?” Henderson asked the group. “If I could choose, I’d like a renewed democratic process and appropriate regulatory regimes. I believe that these problems are usually best dealt with by the state, but in many cases that is not happening.” Moreover the private sector has resources and capabilities that the public sector does not and, potentially, a substantial business interest in seeing the public sector succeed. “Sitting in a business school, this is something we should look at very seriously.”

Henderson noted that there are opportunities for firms to address public goods problems and make money at the same time, citing the example of IBM reducing electricity consumption significantly between 1990 and 2012 and saving $477 million in the process.

The role of academics in this process, she said, is the traditional one: to think clearly, see what is true, not what we wish was true. “Once we are thinking clearly about these things, (we) can be a source of ideas in the world.”

Henderson identified two broad areas of inquiry to consider. First, she suggested it might be worth exploring the potential role of “inducement” mechanisms—including regulations, taxes, and ownership structures—in changing the constraints under which firms operate. Are there changes that would make it easier for business to contribute to the public good? Would these kinds of shifts be desirable or would they have unexpected side effects?

And second, she posed the fundamental question of whether it is feasible or desirable to think about changing firms themselves. Can firms create shared value? Can industries regulate themselves? What are the responsibilities of managers? Does “purpose” matter?

If academics chose to focus on these particular areas of study, it just might provide the kind of encouraging push that companies sometimes need to make changes.

“You might ask, why should one do research in this area? If managers can support public institutions and provide public goods and make money, why aren’t they?” she said. One of the goals of the research is to explore exactly this question, particularly since if this is a question of coordinating efforts, highlighting the risks and benefits of action may help to create a critical mass of firms working together.

“Could we build a private sector in which actively subverting accounting rules was widely agreed to be bad behavior? Can we imagine firms mutually agreeing not to try and capture their regulators? To support appropriate environmental or social legislation? If a significant faction of the private sector started to act in this way consistently, might it change public attitudes and beliefs about how to act properly? Possibly,” she said. “Could they potentially put social pressure on CEOs who are acting badly?”

Harvard Business School’s Jan W. Rivkin, the Bruce V. Rauner Professor of Business Administration, said that historically in the United States, government and business created a set of public goods that were beneficial for everyone. But around 1980, a shift occurred as a result of changes in geopolitics and other factors that made it possible for firms to do business “from anywhere to anywhere,” he said. This not only weakened the connection between companies and their communities, but also put pressure on the middle class, which were suddenly in competition for jobs with skilled workers around the globe.

“And how did our society respond to pressures on the middle class?” Rivkin asked. “The dominant response of our society was to make a series of unsustainable promises that sustained the illusion of prosperity” by extending easy credit to fuel consumption, covering health care and retirement costs, and directly employing people while lowering tax rates.

“You take that and combine it with the recession and two wars, and you have a hobbled government that is not making investments in the commons,” Rivkin said.

Many companies have recognized the problem and are already making investments in public goods, he said. For example, Southwire, a manufacturer of electrical wire, cable, and cord in rural Georgia, partnered with a local school district that had a dismal graduation rate. The company staffed its factory with the district’s most at-risk kids, leading to a graduation rate that soared among those students as well as other at-risk students.

The evidence that more businesses and their “purpose-driven managers” are investing in society also comes from CEOs at several multibillion-dollar organizations, including Unilever, Nestle, Nissan, United Stationers and Aetna, who are trying to simultaneously make money and make a difference. Thousands of smaller firms are also creating change.

“My reading of some of these CEOs is that they’re charging and looking back over their shoulders saying, ‘Come on, guys. We can get to another place,” Henderson said. Many other executives are concerned enough about the social problems we face that they may also be willing to jump on board and do their part.

During visits to companies, she said, executives always stress the money-making part of business. But during social get-togethers with these same executives, they admit to also being worried about the world and the future for their children.

“The students here and the global leaders I meet are beginning to think quite hard about addressing their role in these problems,” Henderson said. “There is so much power at firms. They have the ability to make a difference.”